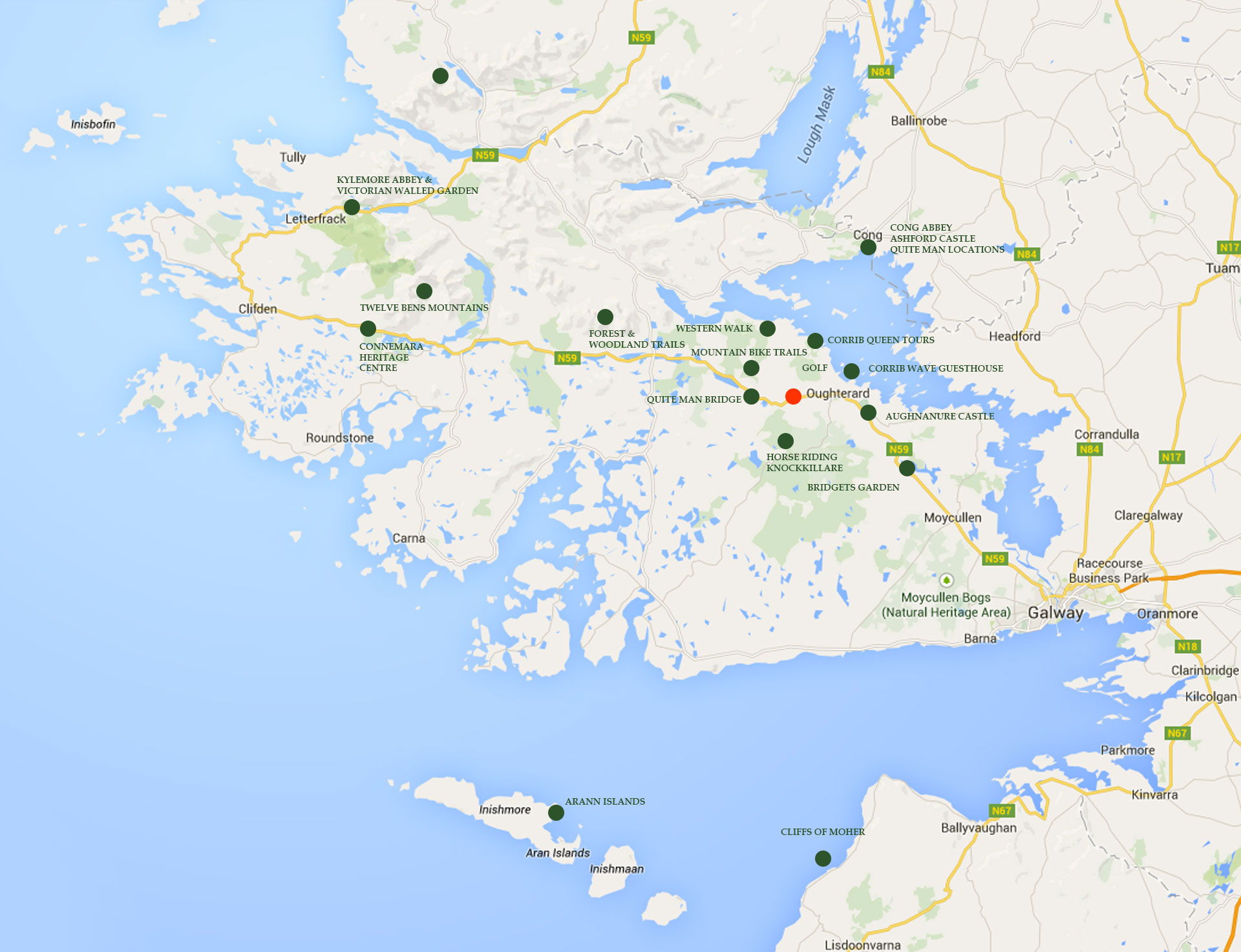 Starting in the famous angler’s town of Oughterard on Lough Corrib, it follows the western edge of the lake, one of the longest, and the second largest lake in Ireland, northwards into a magnificent wilderness of mountain and bog to reach civilisation again at the village of Maam Bridge. It was from here that the Scottish engineer Alexander Nimmo planned the modern roads of Connemara in the early 19th century. Read more..

The Connemara International Marathon is one of the world’s most scenic events, set in the dramatic scenery of the west of Ireland. 2015 will mark its fourteenth year in running, growing in numbers each year from 73 runners to our sell out point, in excess of 3,000 runners.

Highlight of the Wild Atlantic Way with it’s Cliffs and spectacular coastal views, The Aran Islands (Islands of Saints and Scholars) is located just off Galway in the Atlantic. A true Irish experience where locals speak Irish as well as english. Scattered with celtic churches of historical importance , The spectacular Dun Aonghasa and Cliffs of Aran, A venue for the Redbull Cliff Diving, Setting of the film ‘Man of Aran’ , Home of the Aran Sweater, and total release from the hussle and bustle of the mainland. The Aran Islands are best explored by renting a bike. The Aran Islands is an ideal spot for visiting and ferry services leave Rossaveal Harbour which is 35 minutes from Corrib Wave House and 25 minutes crossing. Departs 10.30am returns 5.30pm. visit Aran Islands site

Nature’s wonders surround you at the Cliffs of Moher. Whether it be the cliffs themselves carved by time, ocean and weather into fantastic shapes and formations, the mighty Atlantic ocean or the birds, plants and other wildlife that inhabit the cliffs and the sea there are plenty of natural wonders to enjoy here. It’s no surprise that the Cliffs of Moher is considered one of the natural wonders of the world. visit Cliffs Of Moher site